In the late 1990's and early 2000's, the world has gone berserk for Lara Croft. Y'know, it's as if she was the only star of any computer game ever.

What would the world know?!

Back in the 1980's and early 1990's we had REAL computers, ones that you could actually program without having to have a PhD in computing, and it had REAL gaming heroes to match. I could name quite a few; the one that stood out above all the others was Dizzy, the undisputed hero of the 8-bit computers. For the uninitiated, Dizzy was a somersaulting egg, star of no fewer than TWELVE (count'em!) fantastic Spectrum games; the vast majority were converted for the C64 and Amstrad CPC, and some appearances happened on the Atari ST, Amiga, PC and NES.

However, there are truckloads of Dizzy sites out there, of varying quality, and I finally decided a useful Dizzy site would be well beyond my capability after seeing Andrew Joseph's Yolkfolk website. So comprehensive was this site, even in those days (mid-2000), that it soon became definitive and even Melanie Hoyle's close companion, The Dizzy Zone seems to have given up the ghost.

Other heroes were Horace, star of three games (one good, one mediocre, one abysmal) from the very early days (i.e. 1983); Monty the Mole, star of six 8-bit games - but I only have three, and two of those are damned near impossible; and Miner Willy, star of the absolutely rock-hard Manic Miner and even rock-harder Jet Set Willy, and numerous other fan-made versions.

So I have turned my attention to another stand-out character. And the odd thing is, I never had this game on my Speccy. It was only when my cousin Tom brought his Atari ST round my house what I found out about the megastar that we know as Rick Dangerous.

What's so great about Rick? Let's just put it this way... never before had I seen a game as much like a switch-yer-brain-off cartoon as this! Basically, Rick is the original tomb raider, a bit like a cartoon version of Indiana Jones. Run away from rolling rocks! Duck the spears! Spring the traps! And just to top it all off, when anyone gets killed they fly off the screen accompanied by a hilarious "WAAAAAAAAAA!!!!!!!" (or at least they do on the 16-bit versions...)

Another thing I should bring your attention to: In the Spoutnick Team's Press release section, they've highlighted the URL for their latest Rick conversion in an article in Edge magazine. Of particular interest is the part of the article at the side which says, and I quote:

"Even the most advanced remakes, as a rule, lag years behind commercial releases in terms of visual panache and technical sophistication. Cult success and the occasional game magazine article is the best that many can hope for."

To which us retrogamers say:

(Not to mention that they haven't seen the Spoutnick Team's creations...)

If you really need to know more, either look at this site - which should tell you just about everything - or resort to the more easily digestible information lurking on Wikipedia. 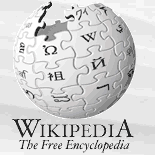 The page, interestingly, highlights that Rick's creators, Core Design, were also responsible for... wait for it... Lara Croft! How did I miss that one? More to the point, do you think they were thinking of Rick when they designed Lara? Are they, possibly, related? Watch this space!

A huge shout must go out to Nadim Nehmé for reminding me that old games existed, round about summer 1999. If he hadn't bought the Prince of Persia 1 & 2 double pack for 3 quid I would never have remembered to look for old Rick stuff in the first place!

And another big shout to Morfar for getting me off the ground with the Amiga versions, and also for Rick 2½ which I had no idea about before!